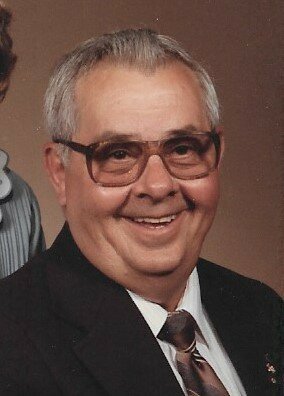 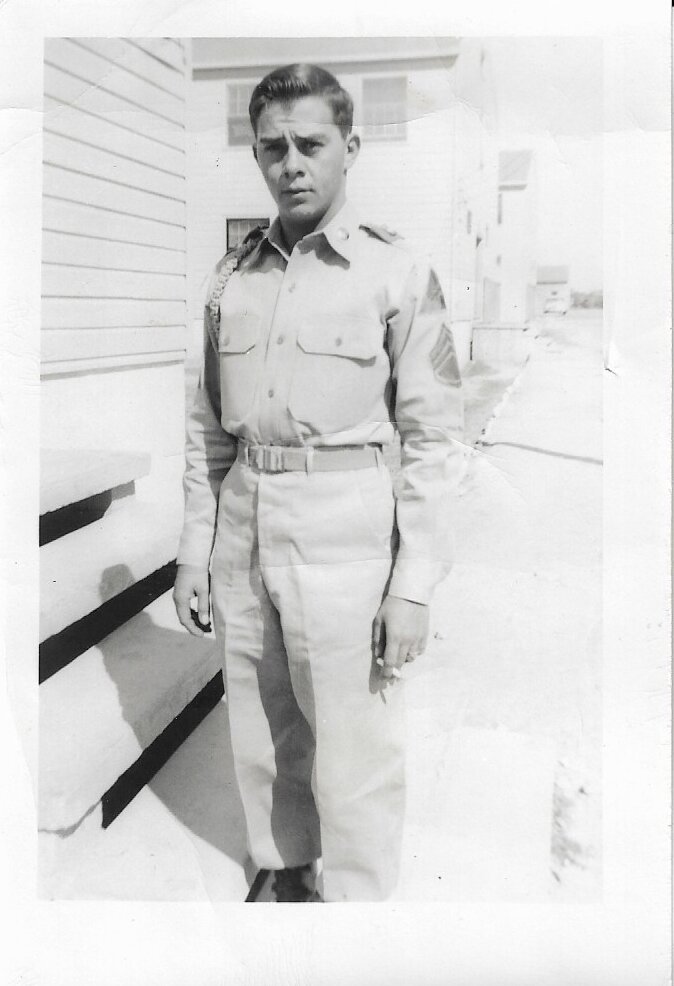 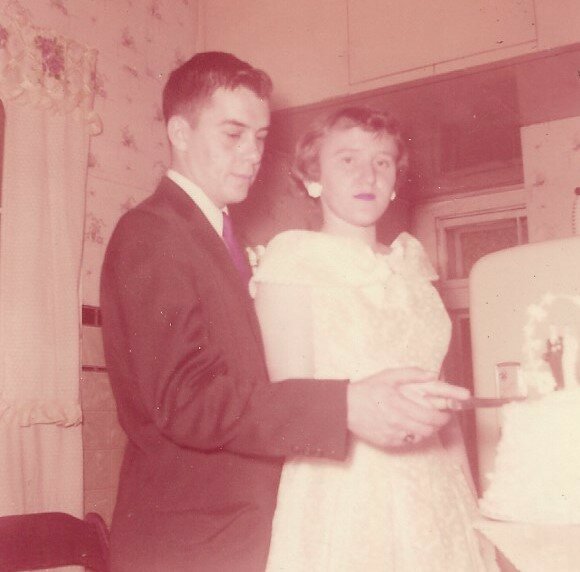 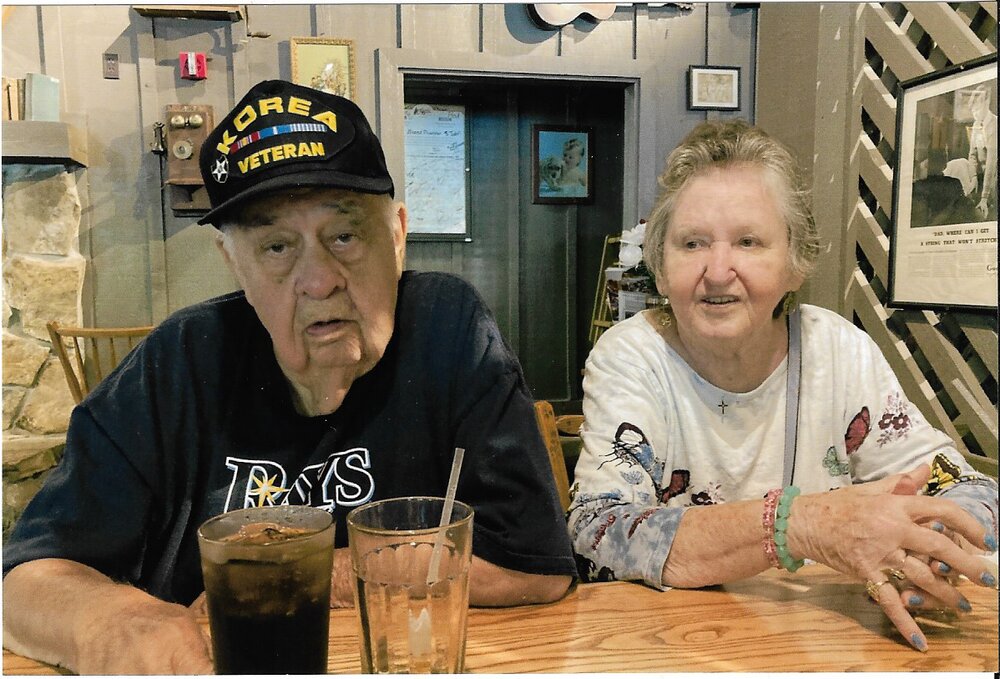 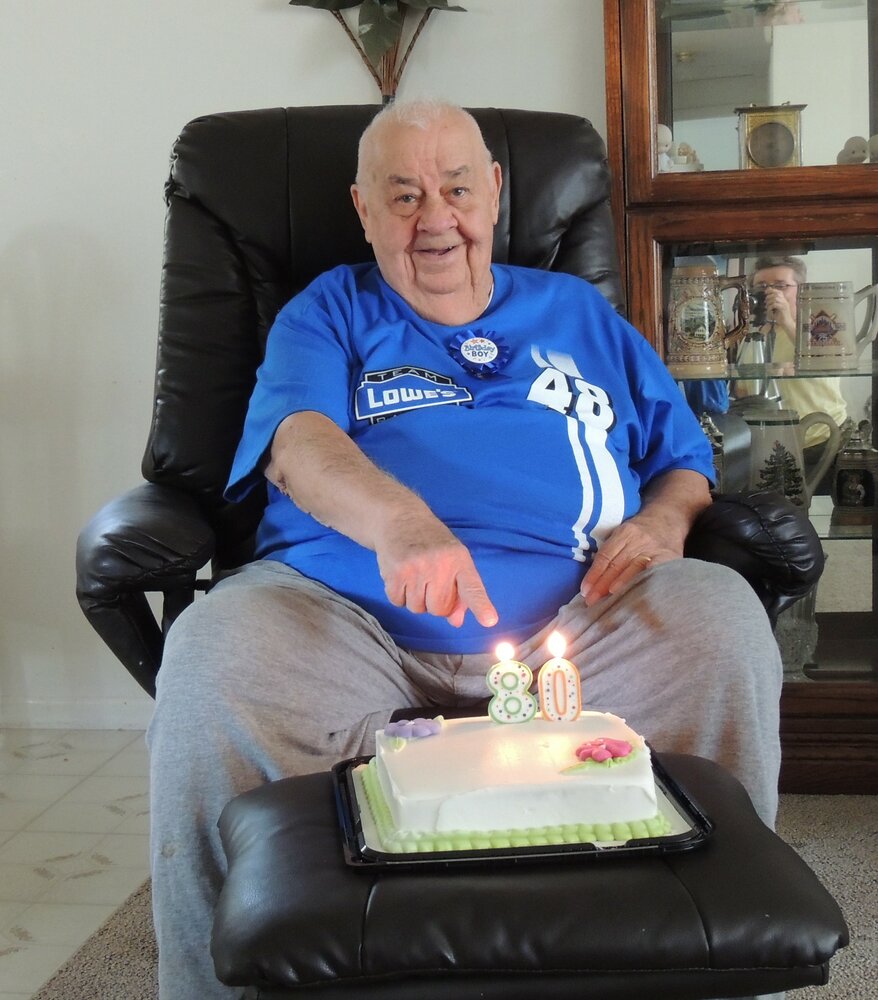 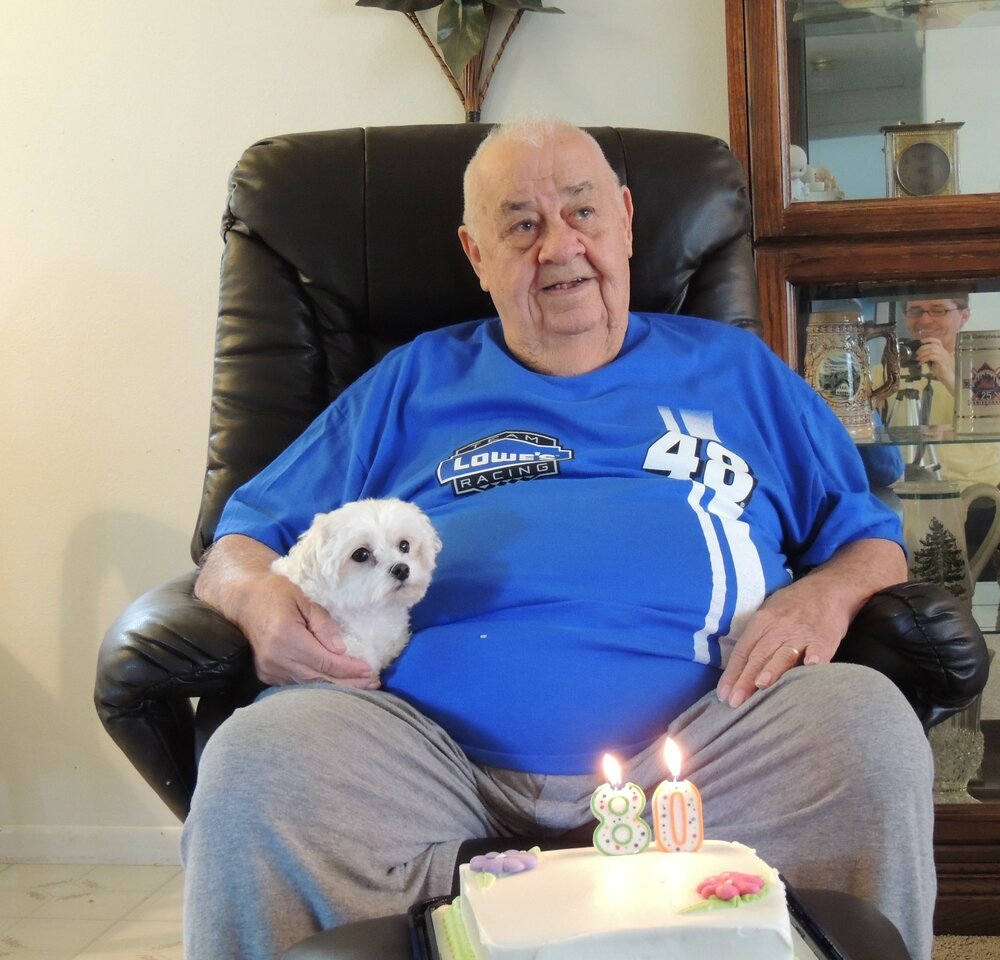 He was born January 13, 1933, in Otwell, Indiana, to Delbert and Mayme (Teague) Campbell and was united in marriage to Mary Lou Fleck of Jasper, Indiana, May 5, 1956, in St. Joseph Catholic Church, Jasper, Indiana.

Funeral arrangements were managed by The Englewood Community Funeral Home in Englewood, Florida. A ceremony with military honors will be held at The Sarasota National VA Cemetery in Sarasota, Florida at a future date.

Below is an article that represents the life of Paul Campbell, his passion, character and wonderful personality.

Article written in 2004 by Dolly Fetcko, contributing writer for The Englewood Review in Englewood, Florida, titled: INDIANA COUPLE TAKE TO THE ROAD

Travel over 1,000 miles astride a motorcycle? That is incredible! A common reaction from most folks. Paul and Mary Campbell have been boarding their Gold Wing Honda to travel from Jasper, Indiana to Englewood, Florida for several years.

The couple has gone from their home, seeking adventure “on the road,” for the past 12 years. They have racked up 220,000 miles over interstates and back roads. Finding the curious and unusual. Soaking up “true Americana.” They had always wanted to travel. But, this urge was curtailed because of familial duties. Their devotion to family needs. Responsibility is inbred in them. A characteristic prevalent in many of a former generation.

The couple grew up in south central Indiana. In towns close to each other. Paul, in Huntingburg; Mary, in Jasper, paul spent 3-years in the U.S. Army, serving in Korea. He was honorably discharged in 1953 as a staff sergeant. Returned to Indiana.

Paul went to work in a woodworking factory in Huntingburg. His job was making chairs. His skill earned him the position of plant superintendent. He worked there for 23 years.

Likewise, Mary found a job as cook at the Holiday Inn in Jasper. She worked there for 20 years. Her experience led to a dietary position at Memorial Hospital in Jasper where she was employed for 10 years.

The couple married in 1956. They had three sons, namely, David, Donald and Dean. Their progeny, now numbers four grandchildren and 7 great grandchildren.

Paul seemed to have had the “itch” to get on the road for many years. To travel “places he had never been before”. Perhaps, something like the Willie Nelson song. A kind of wanderlust?

A contributing factor may well have been his work for the city of Jasper. He had taken the job of park and recreation superintendent after the woodworking factory closed. The “fresh air” job entailed maintenance of 19 parks, 10 tennis courts, nine ball fields and sprucing up the city lake area.

In 1987, Paul was diagnosed with an ailment called gout at the Veterans’ Hospital in Evansville. The doctor recommended that he should ride a bike.

“He didn’t say anything about a motor. So, I got myself an “elite” motor scooter, capable of doing 70-75 mph.” Gleefully, Paul remarks, “I didn’t even know I needed a license…not until months later.”

One year later, he bought his first Gold Wing motorcycle. No doubt about it. Paul was eager “to go places he’d never been before,” just like Willie’s song.

In 1994, Paul invested in a brand, new Gold Wing. A fully loaded model at a cost of $18,500. The “Cadillac of motorcycles.” Equipped with all sorts of amenities. Like cruise control, heater, CB radio, intercom system, cassette player, AM-FM radio.

He gave this remarkable power-cycle a name. “Blue Bomb.” A title to coordinate with its remarkable energy and its color of teal blue. Of course, Willie Nelson’s cassette was included.

Admittedly, Mary wasn’t “gung-ho to go” initially. But, now she dons her helmet and travel gear, right along with Paul. They load their clothes and emergency supplies in a little trailer that follows behind. They do wear leather jackets, primarily for warmth. Mid-calf bots. Even gloves, at times.

The couple shows extra storage compartments, tucked behind certain sections of the motorcycle. Places for maps, notebook, other paraphernalia. Even snacks. All are considered “secure”.

While they realize there is danger on the road, they use common sense precautions and their own good judgment. Of course, there is a rabbit’s foot on one side of the motorcycle. Plus, a St. Christopher medal on the other side.

“We have been pelted with rain, hail, sleet and spitting snow,” declares Paul. “Mist and heavy fog” Mary adds, “We’ve been boilin’ hot, freezing, soaking wet. Even with rain gear…which we couldn’t get out in time.”

“We stop when there is lightning…usually right beneath an underpass.” The couple instinctively knows Mother Nature’s moods.

The Campbell’s have found rare experiences with new friends during their travels. Discovered remarkable places, events, and peculiar traditions. Some planned. Others, by accident.

In Silver Springs, Colorado, they came upon huge artistic creations in a front yard. Some 10-feet high. Up to 25-feet. The figures were made of scrap metal, welded together to form the distinctive display.

Roll throw? What’s a roll throw? In Sikeston, Missouri, near I-55, “Lampert’s Cafe” has a tradition. Visitors are welcomed by fresh bread rolls being tossed in the air. The trick is to catch the rolls before they hit the ground.

For 250-miles in South Dakota, there were huge billboards that advertised a drug store. Curious, the two kept watching for each sign. Rather expecting a spectacular edifice. Finally, the store came into view. “It was an itty-bitty place,” giggled Mary. “A tourist trap,” grinned Paul.

Oh yes, the couple did visit Yellowstone, Grand Canyon, Mt. Rushmore and the Black Hills. Ruby Falls and Chimney Rock in the Carolinas. Most of the sights where most folks go to see something out-of-the-ordinary. Probably one of the most memorable discoveries was the Corn Palace in Mitchell, South Dakota, a structure that dramatizes corn in a totally unique way.

Nearby was the “Enchanted World Doll Museum” within an English-style castle, complete with moat, turrets and drawbridge. Over 4,000 dolls, both modern and antique, are placed in 400 different scenes. Also, 2000 ethnic dolls from more than 125 countries.

The Campbell’s are members of several motorcycle clubs. Namely, Gold Wing Road Riders and Honda Riders. Each year, the couple attends gatherings of cyclists. In 2002, they won a trophy at the “Poker Run” in Evansville, Indiana as the oldest couple there. (Both are now in their early 70’s.)

The Campbell’s at these assemblies wear the vests with pins and patches, which define motorcyclists.

This past September, paul and Mary decided to return to their comfortable Englewood residence where they spend seven months each year. They chose routes that took them roundabout to Henderson, North Carolina. Paul wanted to satisfy a whim. That is, to taste the tart “green Mutzu apple”. The trip of 1,160 miles took only two days. They often do trips on impulse or a whim.

Paul had been enduring a bum knee for more than 10 years. He was scheduled for total replacement of his right knee. Dr. R J. Heromin at the Englewood Community hospital performed the surgery on Dec. 16, 2003.

His recovery has been right on schedule. So, he and Mary expect to be “on the road again” by mid-March or early April. Weather doesn’t deter them. They plan to return to Indiana in May.

“I find paul out in the garage talking to his motorcycle,” says Mary. Paul nods in agreement.

“I see a big tear coming out his headlight…” His somber expression turns into a wide smile as he bursts into wild laughter.

Never a dull moment with this couple. They “see joy in everything and everybody”.