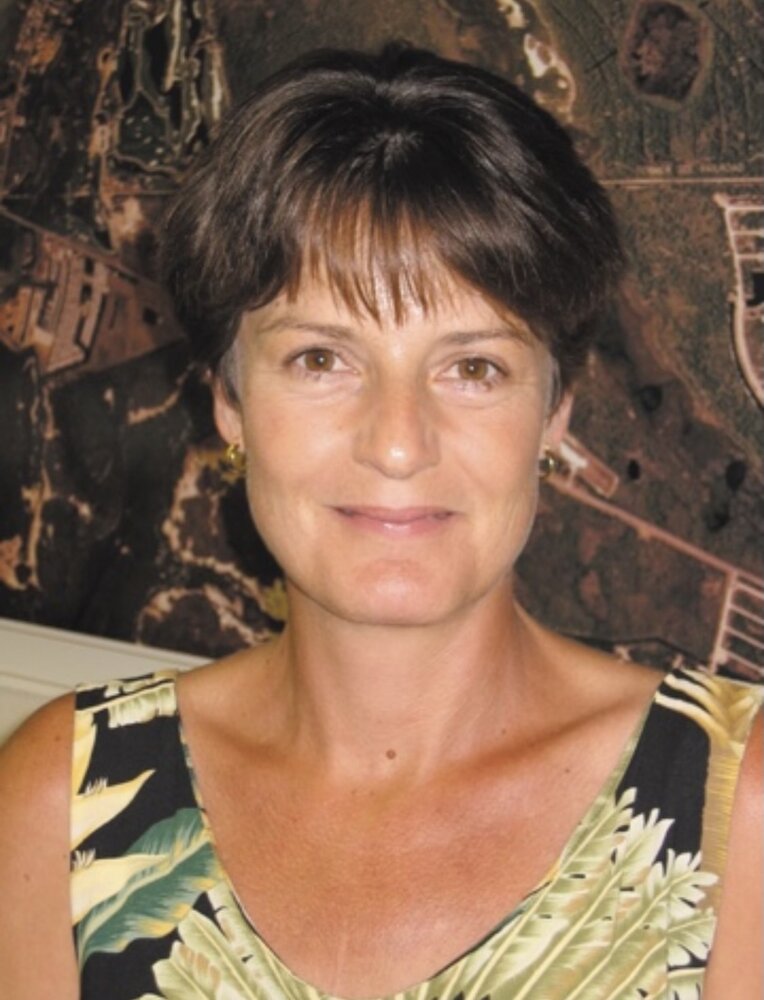 Bonnie Kay Pringle, 58, died on Sunday, July 31 at home in Rotonda. She was born in Punta
Gorda on May 8, 1964 to June (Reynolds) and Merril “Buddy” Fulton.
Bonnie grew up in Placida, however, where her father was a commercial fisherman. She
attended Charlotte County schools and had a natural affinity for math.
After her high school graduation she enrolled in a two-year accounting class at Charlotte
Vo-Tech. At that time her sister was working as a secretary for the Gasparilla Island Water
Association and she told Bonnie about a position that was open for a part-time bookkeeper.
While still at Vo-Tech she started working for GIWA and finished her program in a year.
When Bonnie’s sister left her position as secretary at GIWA, she took it over. For the next 10
years Bonnie and Darrell Polk managed the GIWA themselves, with the help of two or three
men in the field. She had a lot of free time in the office and spent hours reading old files. She
learned about the Association and how it worked … and in the end that paid off.
While the 1980s featured slow growth on the island, the 1990s brought a building boom and the
need for water began to increase. What was once a staff of five at GIWA became a staff of more
than a dozen. Bonnie was there through all of it, watching GIWA turn from a tiny little water
company into something that was much more complicated. She always enjoyed a challenge and
she thrived at her position. She eventually became director and continued to mentor the new
director, Ron Bolton, until she passed away. Bonnie didn’t just work for GIWA, she truly was
GIWA. She lived and breathed to make the company as successful as possible, right down to
creating and administering the GIWA website. For 43 years it was her entire life.
Bonnie also enjoyed gardening, vacationing, cruising and spending time with her family. She
was very involved in her son’s Pop Warner football program and was a huge fan of the team.
Bonnie was predeceased by her brother, David Fulton; and her parents. She is survived by her
husband, Jeffrey Pringle, of Rotonda; her sisters, Kathy Barnhill of Arcadia and Missy Sparks of
Arcadia; her daughter, Krystal Dendinger, of Arcadia; her son, Travis Pringle, of Rotonda; and
her three grandchildren including Mason McCall of Clewiston, Leah Dendinger and Levi
Dendinger of Arcadia. A Celebration of Life will be held at a later date.

To send flowers to the family or plant a tree in memory of Bonnie Pringle, please visit Tribute Store