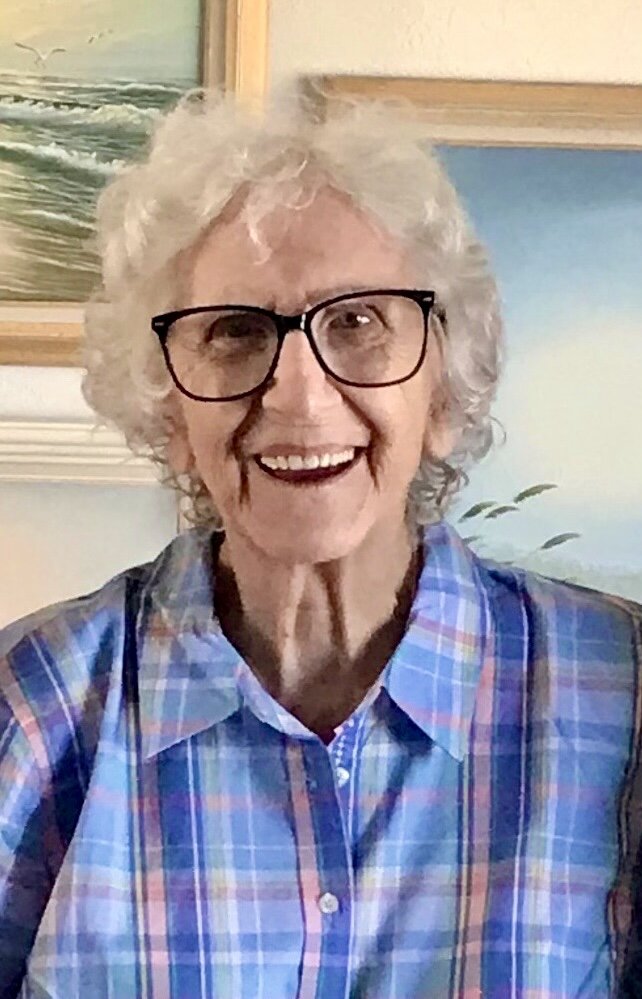 Mary always had a sense of flair, fun, and fashion, and enjoyed life fully.  This included travel as a young woman to Europe on a “Grand Tour”, including visiting relatives in Alsace, France, and going to Monaco and Rome, as well as many other memorable places and sites.

Mary worked as a bookkeeper and it was at her job on Michigan Avenue in Chicago that she met the love of her life, Roger Pearson.  They married on December 5, 1967, and soon the two of them enjoyed life together in various residences in Michigan, including a lovely lakeside home in Pontiac, Michigan, where they entertained family and friends.  The two of them travelled extensively, including the United States from coast to coast, for many years.  Upon Roger’s retirement from General Motors, Mary and Roger moved to Rotonda West, Florida.  There they continued to live full lives of travel and hobbies, including being active members of the Sunseekers Club.

Even after Roger’s passing in 2013, Mary remained a vibrant and sparkling woman, with her hats and fun wardrobe.  She was a common sight driving the streets in her Buick until just a few months ago.  She loved dining with her friends, especially enjoying her favorite food, fried shrimp.

Mary was the beloved sister of Al, John, and Frank Pollack of East Chicago.  She was especially close to her big sister, Margaret Makar, a love which also extended to Margaret’s husband, Nick, and to her very special nephew, Paul.  All preceded her.

Mary will long be remembered, especially by her nieces and nephews, including Thomas Makar and Mary Cupp; Joan, Doug and Elizabeth Rice; the late Dr. Charles Pollack and his late wife Martha; Dr. Dennis Pollack and his wife Jean, and all of their children, as well as the extensive Miller family (the sons and daughters of Roger’s sister Maxine), including Karen, Beth, Kurt, Eric, Drew, Lisa, Amy, and Melissa.

Mary was loved by many dear friends and neighbors. The family is grateful to her extremely loyal cohort of friends and neighbors who helped Mary enjoy her final years.  They never forgot her and visited or called her almost daily until the end.  Their friendship and kindness greatly enhanced her life.

Mary Pearson will be missed by many. At Mary’s request, there will be no services, but she wouldn’t mind if anyone held up a glass of wine (preferably white or, maybe, champagne) and toasted life!

Memorial donations in Mary’s name may be directed to Meals on Wheels of Englewood, Florida, or to St. Francis of Assisi Catholic Church in Rotonda West, Florida, where Mary was a faithful parishioner.

To send flowers to the family or plant a tree in memory of Mary Pearson, please visit Tribute Store