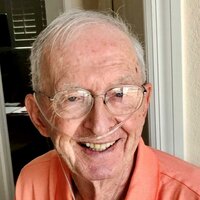 Patrick J. Doherty passed peacefully from a long chronic illness on January 17, 2022. He was surrounded by his wife and loving family. Patrick was born in New York City on August 18, 1931. He was one of eight children. Devoted to his Country, Patrick enlisted in the U.S. Marine Corp where he was stationed at the Marine base in Quantico, VA. Upon honorable discharge from the Marine Corp., Patrick attended St. John College in N.Y.C. In 1970, Patrick went back to school, attained his Second Class Steam Engineering License from the State of Massachusetts to work for Boston Edison. Patrick joined the Knights of Columbus over 60 years ago in service to God and the Catholic Church. He continued his mission to serve others. Sir Knight Patrick J. Doherty, attained his 4th Degree with the Knights of Columbus ( K of C ) and is an Honorary K of C Life Member. Some of the many countless acts, Patrick volunteered for the K of C was through fund raising, serving pancake breakfasts, and recruiting businesses for advertising for the church bulletins. Patrick founded and co-founded many Charismatic Prayer Groups at his parishes. He established the first charismatic prayer group at St. Agnes Parish in Reading, MA. Additionally, he co-founded the Charismatic Prayer Group called "The Children of God" at Ascension Church in Boca Raton FL. which met weekly for over 25 years. Patrick continued to serve his parishes as a Lay Eucharistic Minister and visiting patients at the local hospitals and those at the local prison. Patrick was known as a devoted, loving father, husband, grandfather, great grandfather and follower of Jesus Christ. He was known for his sense of humor, laughter and being generous to others. At the time of his passing, Patrick was living in Port Charlotte, FL. with his wife, daughter and son in law. He is survived by his wife, Angela Doherty, his daughter, two sons, five grandchildren, three great grandchildren and two remaining sisters.. One of Patrick's Bible verses he lived by was 2 Timothy 4: 7 : " I have fought the good fight, I have finished the race, I have kept the faith".