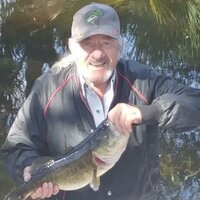 Michael Tauber, 92, passed away on May 3, 2020 in Englewood, Florida. He is survived by his wife of 38 years, Susan Sundstedt Tauber; Children Naomi Michaels, Rami (Auva) Tauber and Elan (Linda) Tauber; and Michelle (Dale) Davis; 16 grandchildren and 19 great grandchildren. Michael was preceded in death by his parents; Isaac Tauber and Luba Shaffer Tauber Gringrass, 2 siblings Wolf Tauber and Sonia Grinbaum, a daughter Naomi Michaels and grandson Shane Tauber. Mike was born on April 24, 1928 in Berlin Germany. Along with his family, he moved to Warsaw Poland in 1936 in order to escape anti-Semitism. Mike was a holocaust survivor, having spent 3.5 years between Auschwitz and Ebensee camps. After World War II, Mike eventually moved to Israel, where he settled and raised a family. He served in the military for over 20 years as active duty and reserve. While in Israel, he also served as a fire fighter for 13 years. In the 1972, Mike relocated and moved to USA to pursue the American Dream. It was here that he met and married his wife Susan and raised their daughter Michelle. Mike and Susan resided in California, than Maine for over 27 years, but eventually settled in Florida in 2015. Throughout his life, Mike enjoyed music, dancing, painting, cooking, photography, motorcycling, sky diving and most of all FISHING. He was a well known fisherman by those who knew him. He loved to teach others how to fish. He continued fishing until a January 2020. Mike strongly believed in helping others. He served food to those in need at Preble Street Resources and Wayside Food Programs in Portland, Maine and at Meals on Wheels in Englewood, Florida until February 2020. He attended First Congressional Church of Gray, Maine where he helped at the food pantry. In Englewood, Florida he attended New Vision Church where he will be greatly missed. The lessons he taught and the stories he shared will be remembered by those who love him. He will be in our hearts and will be forever loved. A memorial service will be held at a later date to be announced. Donations in lieu of flowers may be sent to Englewood Meals on Wheels, 400 Loma Linda, Englewood, FL 34223 or Tidewell Hospice House 12050 N. Access Road, Port Charlotte, FL 33981. Englewood Community Funeral Home with Private Crematory has been selected to handle arrangements. You may share a memory at www.englewoodfh.com